You have permission to edit this page.
Edit

HEBER SPRINGS — With more public input than typical, the City of Heber Springs held its regular City Council meeting Thursday, July 16. The meeting was held at the Community Center, with seating spaced out in support of social distancing.

Main points of discussion was the appropriate ages for use of the aquatic center, and the city government’s response to the mask requirements. Gov. Asa Hutchinson had signed an executive order for mask wear earlier that day.

The council reviewed lowering the age permitted to allow sign-in to the Community Center, centered on lowering it from 18 to either 14 or 16.

Councilwoman Ali Sugg suggested at least 16, as “If they’re old enough to drive they should be allowed to sign in.”

Facility staff pointed out that opening access would require additional staff of two to three additional part-time workers. Shortly after this a voice from the gallery shouted “It’s not family-friendly, it’s a senior center” about the city’s aquatic center.

City of Heber Springs Mayor Jimmy Clark said this was not the case.

Clark was in agreement with a pilot program on lowering the age.

“I’m in agreement with Ali [Sugg] we need to exercise some sort of test here,” Clark said.

Again a voice from the gallery complaining about the “no splashing or jumping” rule at the pool, and young people not being allowed to use the racquetball courts.

This led to a discussion about, if lower ages were permitted unescorted, trouble-makers, those who would not follow the rules, would have to be removed from the center.

The council passed allowing younger people to sign themselves and family members in on a trial basis.

Masks were the final item of discussion during the night, and what quickly became a raucous discussion within the gallery.

The topic was opened by Clark, who said in light of the governor’s executive order signed earlier that day, the city had “torn up” any ordinance on masks under consideration. This was greeted with applause by the gallery.

Clark, at one point, said his office was not going to fight the State of Arkansas on the mask order.

“I can’t control the Health Department – the CDC,” Clark said.

This was greeted by several shouts of “No!” from the gallery.

Several in the gallery stood up and spoke about liberty.

Clark, ultimately said “This is not a public hearing” as members of the gallery spoke over each other regarding the mask issue and their concerns about freedom. Clark then called for a motion to adjourn, which was made and passed.

In other council matters:

The council is asking for letters of concern about SuddenLink internet service to be turned in to the Mayor’s office. Councilman Paul Muse told the council that some area communities were also having problems with SuddenLink service and had taken the issue to the state’s attorney general. Clark said he was scheduled for a conference call with SuddenLink to discuss issues.

Mary David with the Humane Society presented to the council that the previous month’s presentation by a citizen about feral cats was “not true.” She expressed disappointment that Hernandez was not there (due to health issues) as she wanted to speak to his charges directly. The society continues its program of TNR (trap-neuter-return) with a great deal of success, David said.

The council voted in favor of the city leasing a new grapple truck to replace a current truck which had become a maintenance expense due to hydraulic system failures.

A discussion about the city’s forthcoming nuisance ordinance was held, which Zoning head Doug Perry said was needed to address enforcement at abandoned properties. 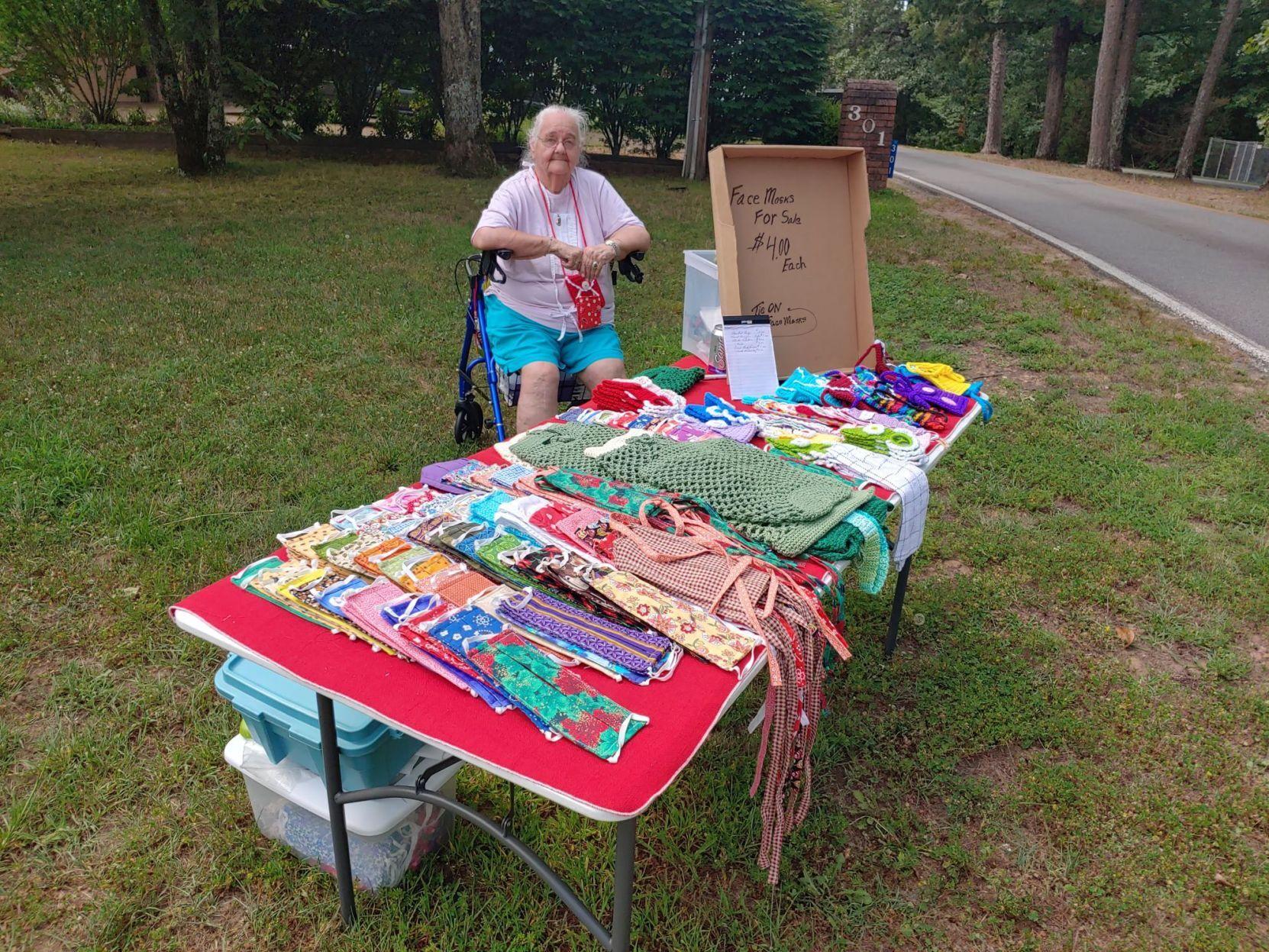 Faith Henrickson of Fairfield Bay sells masks she’s crafted from a table outside her home. Henrickson has been selling masks in the area, including setting up in the park at Fairfield Bay. Business is good, she stated.

HEBER SPRINGS — The U.S. Army Corps of Engineers Little Rock District announces the Greers Ferry Lake Shoreline Management Plan has been approved and a Finding of No Significant Impact has been signed.

The SMP for Greers Ferry Lake establishes policy and furnishes guidelines for the protection and preservation of the desirable environmental characteristics of the shoreline while maintaining a balance between public and private shoreline use.

Because of public safety concerns with the COVID-19 pandemic, there will not be any public workshops held to discuss the final updated plan and associated documents. However, the final Greers Ferry Lake SMP and Environmental Assessment can be viewed at https://go.usa.gov/xfTuT.

In October 2019 the Corps announced a moratorium to new shoreline use requests to help facilitate the SMP revision process. With the approval of the plan, the moratorium is hereby lifted. Persons interested in pursuing shoreline management activities should contact the project office at 501-362-2416.

Recreation information can be found on the Internet at www.swl.usace.army.mil, on Facebook at www.facebook.com/littlerockusace, and on Twitter at www.twitter.com/usacelittlerock.

FAIRFIELD BAY — The Arkansas Department of Commerce has announced its first Arkansas Rural Connect (ARC) broadband grant. The grant, in the amount of $1,568,750.25, is awarded to Fairfield Bay in partnership with Arkansas Telephone Company (Artelco). The project will deploy fiber to homes in Fairfield Bay.

“This is the first of many projects to be awarded to rural Arkansas communities,” said Secretary of Commerce Mike Preston. “The ARC grant program is important for the long-term success of our state’s economy.”

The Arkansas Department of Commerce received $19.3M in CARES Act funds for ARC grants after an approval from the CARES Act Steering Committee and the Arkansas legislature. Grant recipients must expend the COVID-19 federal funds by December 30 of this year. Additionally, $4.7M is available in state funds for projects that would extend beyond December 30. The goal of the program is to provide high speed broadband to rural communities.

City of Fairfield Bay Mayor Paul Wellenberger said one of the reasons Fairfield Bay was chosen as a first recipient of this grant was because Artelco and Fairfield Bay had a “shovel ready” program for broadband installation.

“COVID-19 reminds us that broadband is a necessity. Arkansans need strong connectivity for telemedicine, distance education, and telework,” Gov. Asa Hutchinson said. “Broadband and the ARC program are vital for our response during this pandemic.”

ARC is currently evaluating applications with a focus on projects that can deploy broadband to qualified areas before December 30. For more information or to apply for an ARC grant, visit www.broadband. arkansas.gov.

FAIRFIELD BAY — In a surprise announcement made at the Fairfield Bay Community Club meeting Thursday afternoon, City of Fairfield Bay Mayor Paul Wellenberger announced he was tendering his resignation on and effective Aug. 31.

In an interview, Wellenberger said he was going to spend more time with family.

“God’s give me extra time with Cindy and I don’t want to waste it,” he said.

“She was supposed to be gone in May,” Wellenberger said.

Wellenberger’s term was due to expire in 2022.

Wellenberger stated he was satisfied with his work with the city, including the completion of projects such as the inclusion of a hotel with the city’s conference center. The day after his announcement, the State of Arkansas announced its first Rural Connect Grant being awarded to Fairfield Bay, permitting broad-band service throughout the city.

The Aug. 31 resignation makes it too late to put a mayoral election on the November general election ballot.

“This is something they (city council) will have to decide,” he said. 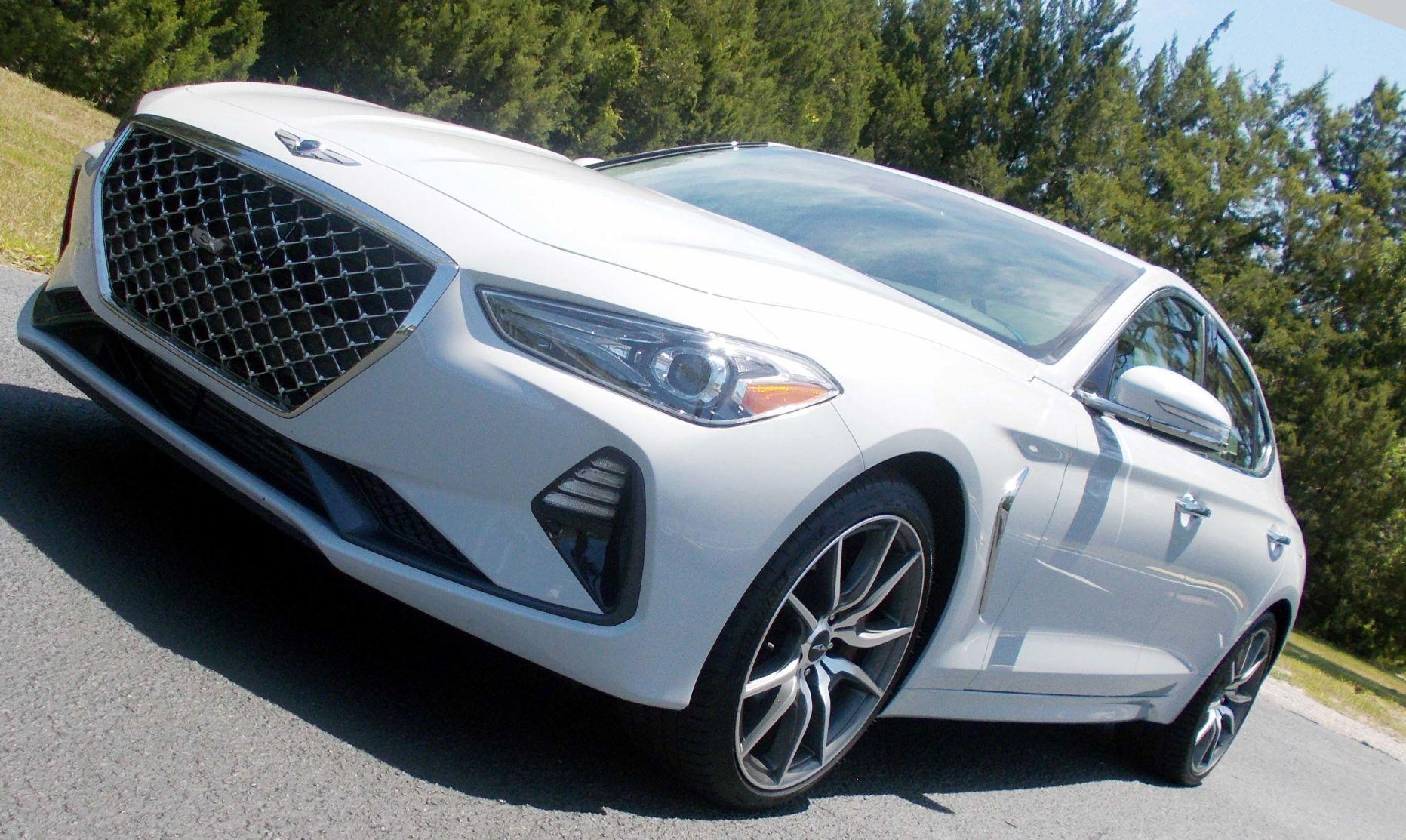 In its second production year, the 2020 Genesis G70 rides on 19-inch rear Michelin Pilots with wider tread for better performance.

In the announcement the office stated calls to 911 were not to be made for mask enforcement requests. The office also stated it would not detain mask violators. The sheriff’s office will support local businesses, including “to remove patrons who don’t follow their store rules.”

In response to numerous phone calls from citizens regarding Governor Hutchinson’s executive order mandating face coverings in public, I am issuing the following statement from the Cleburne County Sheriff’s Office:

All Law Enforcement agencies in America today struggle with the challenge of insufficient manpower in the face of dramatic increases in violent and non-violent crimes. We must prioritize handling of calls based on urgency and public safety.

I sincerely wish the biggest issue we had to worry about was answering mask violator calls.

For the purpose of clarification:

911 is for emergencies only.

Reporting mask violations DOES NOT fall into this category and we ask that you not use 911 to report any violations of the Governor’s executive order.

Mask violators will NOT be detained by our agency.

Governor Hutchinson’s executive order states in section 3C, “No law enforcement officer or local official may detain, arrest, or confine in jail any person for violation of this order.”

To be detained means that you have been stopped by the police (for a “brief and cursory” period of time), and are temporarily not free to leave. Therefore, if enforcement action is necessary, and if we have the available manpower to respond, it will be the practice of our agency to issue verbal warnings from a safe distance, so as not to detain any individual.

Private businesses have always had the ability to make, or not make, rules in their privately owned businesses, and to ask for the assistance of law enforcement to remove patrons who don’t follow their store rules. This has not changed, and neither has our willingness to assist them if they call for help with an emergency issue.

I have full trust that the residents and business owners of our great county will continue to use common sense and good judgment to be safe.

The men and women of the Cleburne County Sheriff’s Office, and I, will continue to base agency decisions on what is in the best interest of our community as a whole.

Washington and Pulaski Counties led the way in new cases of COVID-19 on Monday, while nine other counties also recorded more than twenty cases of the virus. Faulkner County recorded 21, just above the state’s elevated case benchmark of 20.

The state is far below meeting its July testing goal of completing 200,000 tests, having completed 5,689 tests since Sunday for a total of 112,646 tests this month. The governor said meeting the state’s original goal would be difficult, but he hopes the state will complete at least 180,000 tests. Of the new tests, one-third of them were completed at the Arkansas Department of Health’s Public Health Lab, while the rest were divided between the University of Arkansas for the Medical Sciences and commercial testing labs. The state’s current positivity rate in new tests is at 9.6 percent, just below the CDC threshold of 10 percent.

Despite the higher positivity rates in new tests, the governor said he wouldn’t factor in that data in deciding if he should delay the start of school next month. He said the state still plans to go ahead with their school reopening plans.

As the state’s mask mandate went into effect Monday, the governor announced that he authorized the deployment of 10 National Guard troops to assist in case management at Washington Regional Medical Center in Northwest Arkansas. He said he was prepared to consider additional requests for National Guard assistance if asked.

The governor also announced the state’s plan to use over $8 million in federal CARES Act funding to increase utility assistance to low-income Arkansans. Previously, the state could only provide up to $500 of utility assistance to Arkansans struggling to pay electricity bills. Now, the limit of assistance has been raised to $1,500. The new program will begin on July 27.