HEBER SPRINGS — Heber Springs will have its homecoming Oct. 16, featuring a 7 p.m. game against Bald Knob at Panther Stadium.

All students will be released 1 p.m. that day and the Homecoming Caravan (which would be called a “parade” in other circumstances) will begin at 2 p.m. from Harps Grocery on Main Street. The Caravan will travel down Main Street to the First Baptist Church parking lot for a pep rally and presentation of the homecoming court. The court will be presented a second time at the game, at 6:30 p.m.

The Pep Rally will be hosted by Billy Morgan from The Lake 101.9 FM.

Homecoming week will include dress-up days for students. Monday, Oct. 12 is Tied Up (in tie-dye); Oct. 13 is throwback day (decades or flashback); Wednesday, Oct. 14 is Field Day (career day); Oct. 15 is Squad Up Thursday for twins or groups and Friday is Pep and Rally Day in school colors.

Attendees at the evening game are also encouraged to wear school colors.

News
Pandemic employment still gaining, but at a slower rate
By Mary Hightower U of A System Division of Agriculture
10.07.20

The service sector, buoyed by a summertime boost in consumer spending on some recreational pursuits, led the way in job gains in September, though the overall growth rate has cooled some, according to an analysis of an Oct. 2 “Employment Situation” report from the Bureau of Labor Statistics. (Division of Agriculture graphic.)

The service sector, buoyed by a summertime boost in consumer spending on some recreational pursuits, led the way in job gains in September, though the overall growth rate has cooled some, according to an analysis of an Oct. 2 “Employment Situation” report from the Bureau of Labor Statistics. (Division of Agriculture graphic.)

{span style=”color: #212124; font-family: ‘Proxima Nova’, ‘helvetica neue’, helvetica, arial, sans-serif; font-size: 14px; background-color: #f3f5f6;”}U.S.Unemployment Rate:Monthly,Seasonally Adjusted.The service sector, buoyed by a summertime boost in consumer spending on some recreational pursuits, led the way in job gains in September, though the overall growth rate has cooled some, according to an analysis of an Oct. 2 “Employment Situation” report from the Bureau of Labor Statistics. (Division of Agriculture graphic.){ / span}

LITTLE ROCK — The service sector, buoyed by a summertime boost in consumer spending on some recreational pursuits, led the way in job gains in September, though the overall growth rate has cooled some, according to an analysis of an Oct. 2 “Employment Situation” report from the Bureau of Labor Statistics.

September saw 661,000 total nonfarm payroll jobs added. However, September’s job growth was the slowest since the jobs recovery began in May, with less than half of August’s employment gain of 1.489 million jobs.

“To be fair, the slowing pace of job recovery was expected: the massive spike in re-employment associated with widespread state re-openings has largely passed,” economist John Anderson said. “The economy is now back to the mode of trying to manage more incremental growth as consumer behavior slowly inches back toward normal.”

Anderson is head of the agricultural economics and agribusiness department for the University of Arkansas System Division of Agriculture and the Dale Bumpers College of Agricultural Food and Life Sciences. He has been providing pandemic-related analyses of the economy since March.

His analysis of the September Employment Situation report is at https://bit.ly/3nbo3vz.

“Since May, the economy has added back 11.4 million jobs against the 22.2 million that were lost in March and April,” he said. “The unemployment rate in September clocked in at 7.9 percent, edging down from August’s 8.4 percent.”

Anderson said the largest gains were “not surprisingly, in the service-providing sector, reflecting the ongoing recovery in food service and travel- and leisure-related industries.”

Total gains in the service-providing category amounted to 784,000 jobs. This compares with gains of 93,000 jobs in the goods-producing sector.

“The labor market has only recovered about half of COVID-related losses,” Anderson said. “As with the unemployment rate, further gains will be harder to come by as the pace of COVID recovery slows. This will likely be the case until consumers regain the confidence to fully resume their normal, pre-COVID patterns of behavior.”

To learn more about extension and research programs in Arkansas, visit https:// division.uaex.edu/. Follow us on Twitter at @AgInArk, @uaex_edu or @ArkAgResearch. 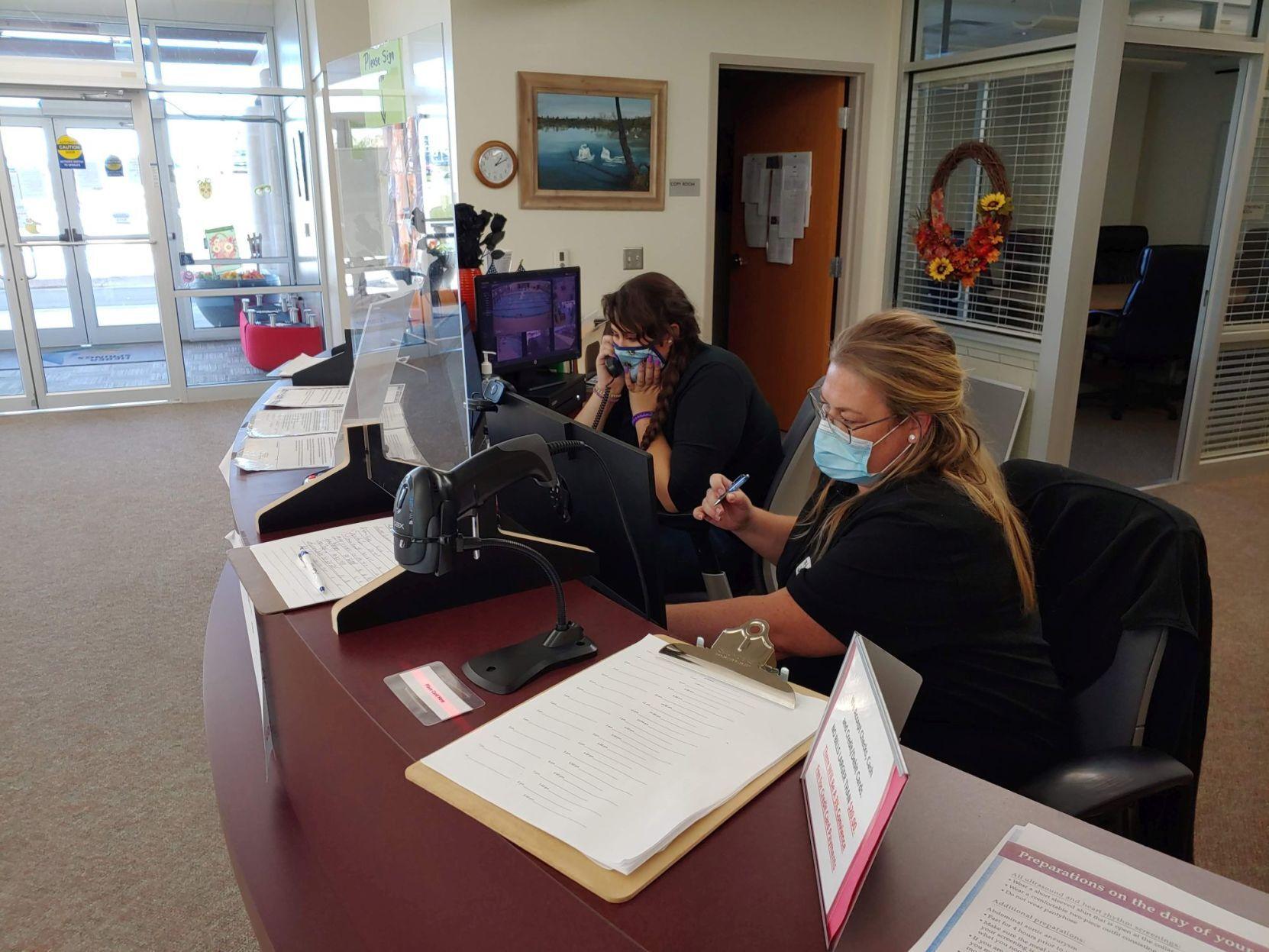 HEBER SPRINGS — An early-morning run-in and pursuit led to the arrest of a man known to Heber Springs Police for fleeing at 7:22 a.m. Sept. 28.

Arrested was James Tyler Holland, 24, of Quitman, charged with fleeing, resisting arrest, public intoxication and criminal trespass, as well as having an outstanding warrant.

Per the report, police were called after a man was seen “messing with a breaker box” at a downtown address. Police searched the area and found the man, Holland, in a nearby empty storage unit. He told the officer he was staying in the storage until, but was outside of it recently to get a drink of water.

The officer recognized Holland from a previous exchange when the man had run from him. The officer called dispatch and was told Holland had an active bench warrant for his arrest.

Online court records show a James Tyler Holland, 24, of Quitman charged with passing a fake $100 bill Aug. 23 at a local Exxon station and then fleeing from police. Holland ran from police in the course of the traffic stop after attempting to pass the bill, and was not caught. At the time of that incident, Holland was found to have an active felony warrant out of Faulkner County after a March 25 arrest there for drug paraphernalia and fleeing where he was assigned probation. The same records show an order of probation revocation was filed in August for non-compliance with the terms of probation.

When the officer in the Sept. 28 incident was informed by dispatch about Holland’s active warrant, Holland responded by telling the officer he had COVID-19 virus and began coughing. The officer told him to get on the ground and Holland instead turned and ran.

The officer fired his Taser, but Holland continued running, per the report.

The officer and a second officer chased Holland on foot but were not able to catch him. A second officer, nearby, spotted Holland a block away and also began to chase him. Holland was able to evade that officer.

Police continued to search the area when a call came in that Holland had been spotted near W. Quitman Street. A police detective was nearby and spotted Holland, and began a foot chase. The detective chased Holland for several blocks and was soon joined by two additional officers who were able to chase the man to a vacant lot at the corner of West Mill and South 8th Street, per the report. Holland tried to evade the trio by running between them and continued to run. The reporting officer joined the other officer at the lot and was able to “deploy his Taser,” per the report, after which Holland “feel to the ground” and was handcuffed.

Holland was taken to the county jail by the reporting officer, who reported Holland told him he had done nothing wrong and had no outstanding warrant. The officer also reported Holland appeared to be under the influence of drugs, possibly methamphetamine.

Cleburne County records show Holland is currently held at the behavioral until in Faulkner County. 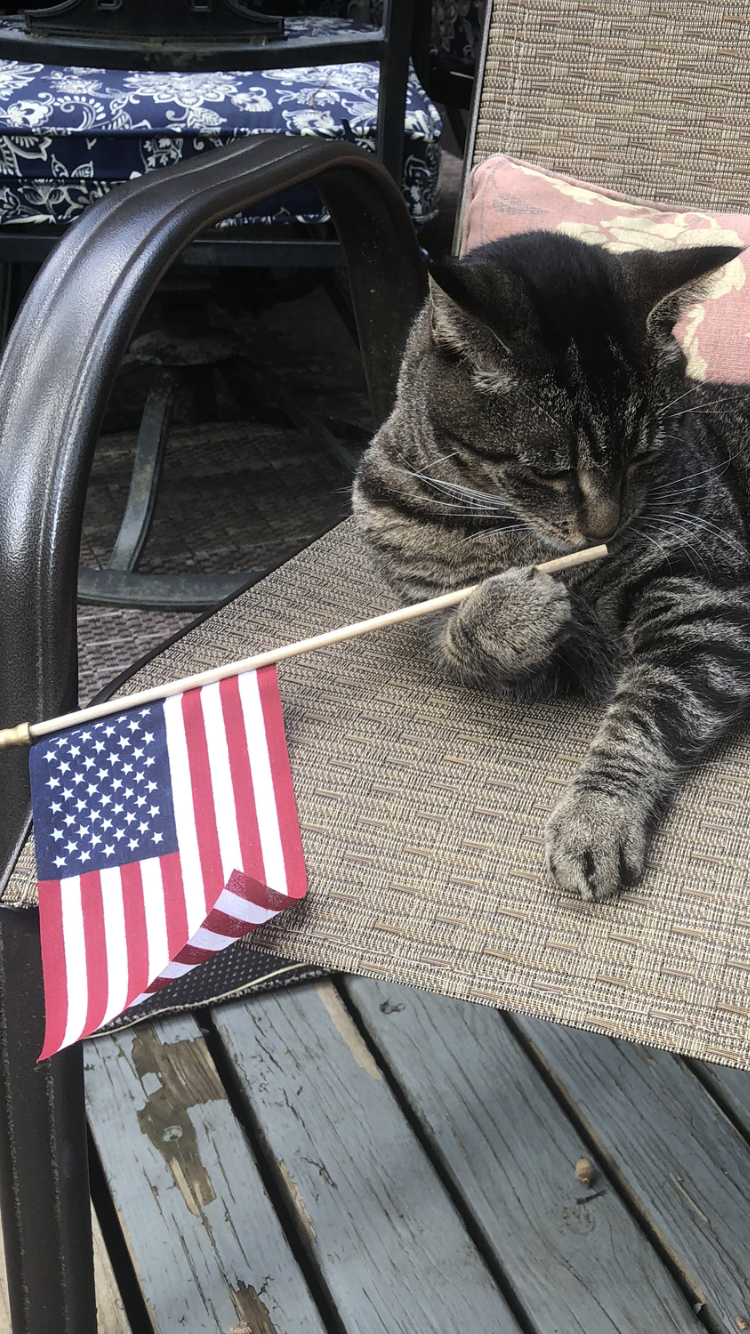 There are three proposed constitutional amendments on the ballot in the general election.

Issues 2 and 3 are still being challenged in court. Issue 1 was the only one of the six proposed issues (three legislative-initiated, three citizen-initiated) that was not challenged in court. All three citizen-initiated issues were rejected and will not appear on the ballot. Issues 2 and 3 will appear on the ballot; however, if they are struck down, the votes on those Issues will not be counted.

The Arkansas State Legislature is allowed to refer up to three constitutional amendments to the ballot for each general election.

Issue 1 would amend the state constitution to make permanent a half-cent sales tax with revenue directed to state and local transportation, including highways, roads and bridges. The sales tax was temporarily authorized by voters in 2012 and set to expire in 2023.

The Department of Finance and Administration estimated that the tax authorized by the amendment would generate $293.7 million in revenue based on 12 months of collections. It would be allocated in the following way:

15 percent (a little more than $44 million) to county transportation.

15 percent (a little more than $44 million) to city transportation.

Issue 2, the state legislative term limits amendment, would end lifetime term limits for legislators, allowing them to come back after a four-year break. Currently legislators may only serve 16 years. They are then term-limited from running again. If Issue 2 passed, legislators could serve only 12 years consecutively but would have the option to run again after a four-year period. If they served fewer than 12 consecutive years, the clock resets.

Issue 2 would allow current legislators and those voted to office in November to serve 16 years (under the current standard) but would allow them to then run again after the four-year break.

It would eliminate the requirement to publish legislative amendments in a newspaper in each county for six months ahead of the election. Instead, those amendments would be published “in a manner provided by law.” It would also require a three-fifths vote of both chambers of the legislature to refer a proposed constitutional amendment to voters.

It would make several changes to citizen-initiated ballot issues, including:

Require that a petition must contain valid signatures equaling at least half of the required percentage of signatures from each of 45 counties instead of the current requirement of 15 counties.

Eliminate the option for petitioners to collect extra signatures for 30 days if the petition fails to meet the signature requirement but the petition has at least 75 percent of the valid signatures needed.

Require challenges to the sufficiency of any ballot measure to be filed no later than April 15 of the election year. There is currently no deadline.

Require signatures for citizen initiative petitions to be submitted to the secretary of state by Jan. 15 of the election year rather than the current deadline of four months before the election.

[The Log Cabin Democrat editorial board announced its stand on the ballot issues in this week’s editorial on page A3.]

Local Health Units across Arkansas will stay open later on Tuesdays so that services including flu vaccinations and COVID-19 tests are available after normal business hours.

The health units, which are located in every county in the state, will now be open between 9:30 a.m. and 6 p.m. on Tuesdays.

“Local Health Units play a critical role in improving the health and well-being of Arkansans,” said Cassie Cochran, the director of ADH’s Center for Local Public Health. “We hope this change makes the units more accessible and allows more Arkansans to take advantage of the available services.”

Flu vaccinations are offered on a walk-in basis, and no appointment is necessary. Appointments should be made for COVID-19 tests by calling ahead to the unit.

The units will operate under normal hours on other weekdays.