Per the Arkansas Center for Health Improvement, effective Tuesday, Nov. 17, Cleburne County shows an increase in COVID-19 infections, as does the region and the state. Currently the infection rated for COVID-19 is 2.69 per 1,000, well above the 1.57 score of two weeks ago.

The North Central Arkansas survey district, of which Cleburne County is a part, continues with its upward trend, currently at 6.75 infections per 1,000, the highest in the state among the seven survey districts. The next-closest district, Central, to the south, is at 4.32 per 1,000, while the Northeast district shows 6.55 per.

Two weeks ago the North Central district was 4.10 infections per 1,000.

Cleburne County, per the Department of Health, has 67 active cases, up from 30 two weeks ago but below the 74 active cases listed Nov. 14, an all time high. The county has 514 recoveries with 18 deaths, meaning two additional in the past two weeks. 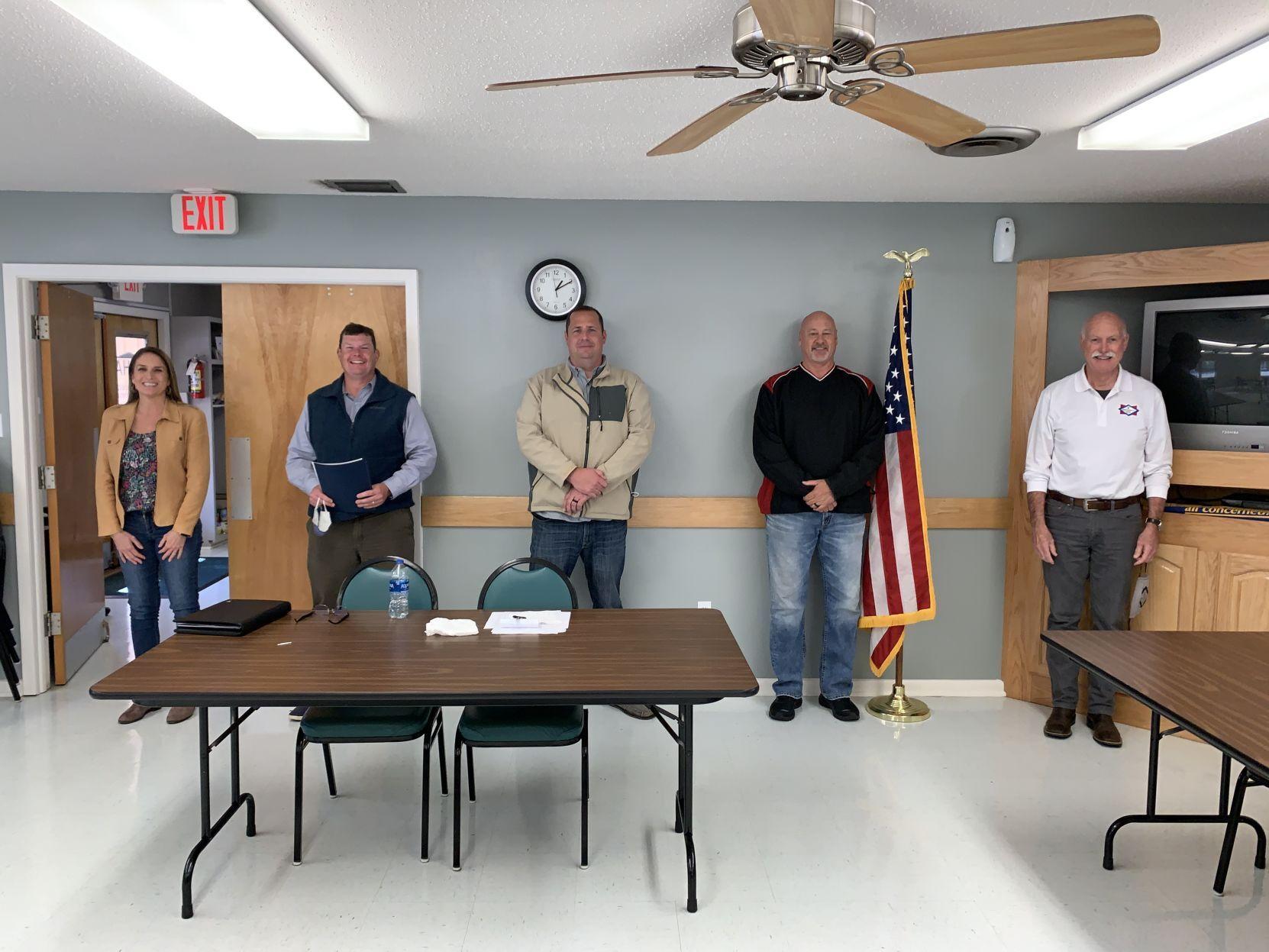 Heber Springs Board of Commissioners adds 2 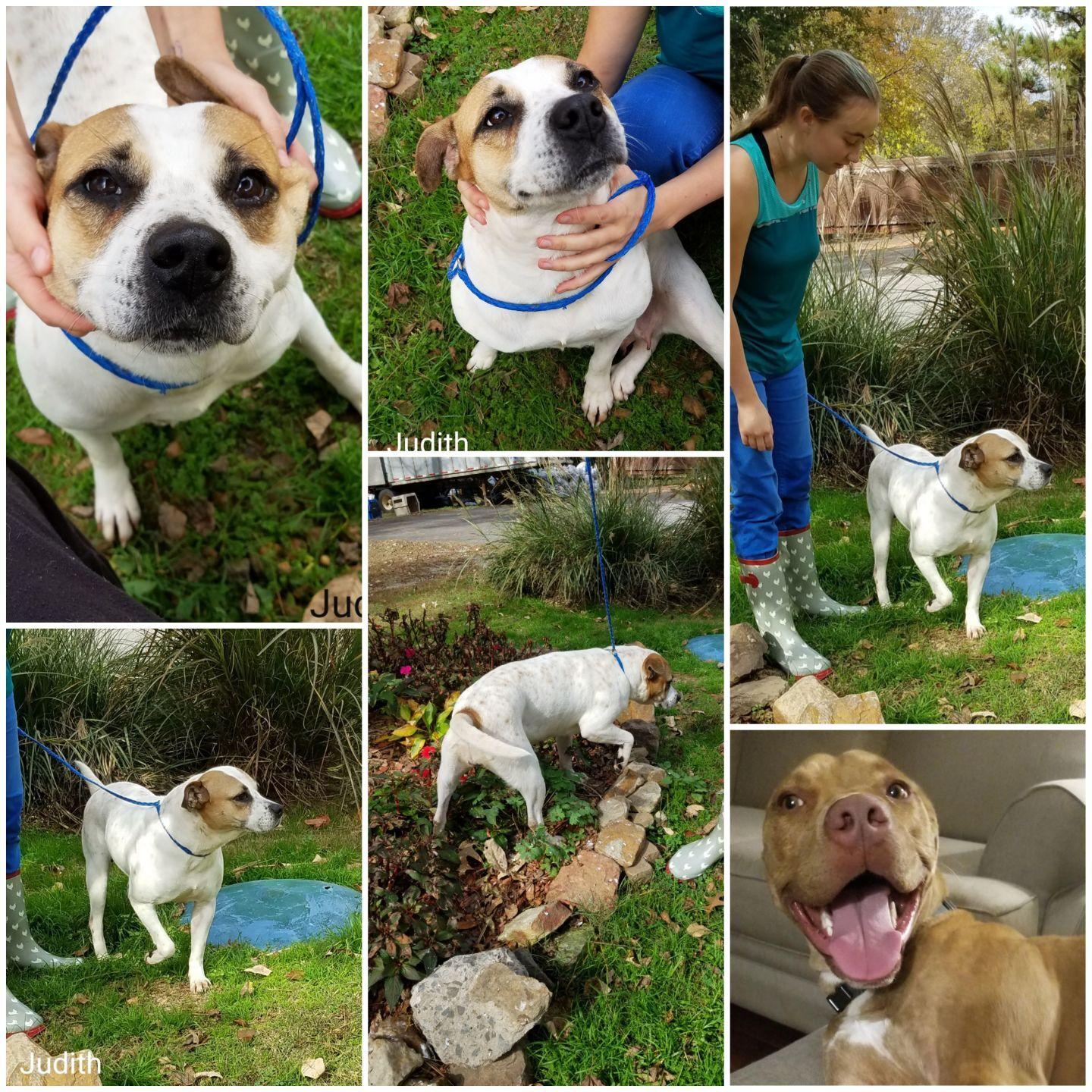 Adoptable pet of the week

Hello, my name’s Judith and I have been at the shelter just short of one year (11 months). That’s a long time to be in a kennel most of the time, but I’m grateful. A caring lady found me in a ditch starving to death. She tearfully picked me up and took me to the shelter where they nursed me back to health. I owe the shelter and the kind lady for saving me. I’ve had more than my share of puppies in my lifetime and I’m only 3 years old, but no more puppies because I’ve been fixed. Judith is a shepherd mix and loves spending time in the office playing with other dogs and the cats but she really needs a home of her own. She’s getting pretty depressed and needs to find a home at least by Christmas. Can you make Judith’s Christmas a Merry one. Just contact davidianne@suddenlink.net for an application to come meet Judith. Or better yet, Thanksgiving would be a wonderful time to add Judith to your family. In case you don’t recognize the last picture in Judith’s collage, it’s Rusty in his new happy home. Judith would make a loyal, loving family member, too.

Shelter Wish List: dog / cat food, adopters, fosters, volunteers, monetary donations and for everyone to have a very HAPPY THANKSGIVING!! Be Safe, Wear your masks and Wash your hands.

The carport allows people a secure place to pick up food while maintaining social distance.

DAMASCUS — Thanks to a grant from the Arkansas Community Foundation, The Station Food Pantry in Damascus was able to move to a no-contact method of serving its clients.

The grant, for $500, allowed the pantry to add a carport, which in turn allowed it to place food on a nearby table for clients. Using this method the pantry is able to exercise social distancing while serving those in needs.

Spokesperson Barbara Hutto said the pantry serves not only those in the Damascus area, but in surrounding counties, including Cleburne, Van Buren and Faulkner.

The Station provides, other than food pantry, crisis support services including aiding those after a loss of home and aiding foster families in need. Funded by donations and in a building donated by the City of Damascus, The Station operates in partnership with the Community Foundation of Faulkner County and United Way.

Hutto said the number of people served has increased significantly in 2020.

The work will start in the Devils Fork Arm of the lake in Cleburne County and then head west to the town of Greers Ferry. It will then proceed down the east side of the Narrows Channel before proceeding east through the Shiloh and Tannenbaum areas and will finish up near Old Hwy 25 Park in Cleburne County.

The maintenance work is being conducted by Barnett Resource Management, under contract with USACE. The work will be ongoing for several months and all workers and vehicles will have identification as a USACE contractor.

The maintenance crews will document possible encroachments on public property such as excessive mowing, unauthorized paths, tree cutting, personal property stored on public land and structures such as sheds, houses, and decks for USACE personnel to review.

Missing boundary monuments will be reestablished at a later date by USACE personnel.

Anyone with questions about the operations should call the Greers Ferry Project Office at 501-362-2416 or stop by the office located near the dam on Highway 25, three miles north of Heber Springs.

Recreation information can be found on the Internet at www.swl.usace.army.mil, on Facebook at www.facebook.com/little rockusace, and on Twitter at www.twitter.com/usace littlerock. 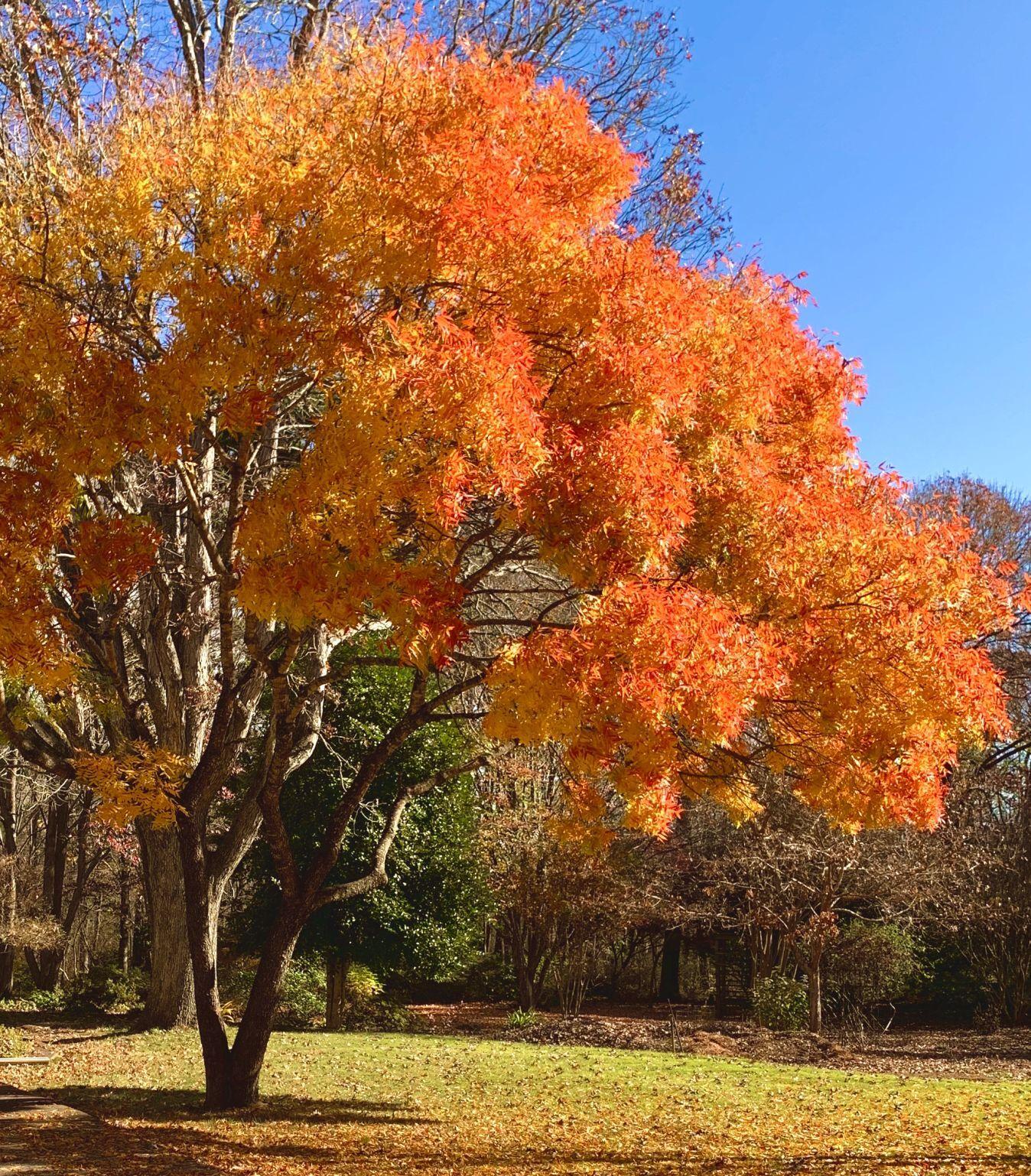 While many trees have lost their leaves, this one hangs on for a little longer on Hwy. 16 West.

The expo’s social-distance-friendly format, features daily scavenger hunts allowing participants to win prizes while at the same time gaining information on area businesses. Businesses are in virtual booths, a separate booth for each business, with business information including links to the businesses online presence.

Daily participants in the scavenge hunt are placed in a drawing for a grand prize valued at $1,000, sponsored by premier sponsor First National Bank.

“It’s going really well.” Harper said, “We were unable to have our usual in-person Expo because of COVID-19 restrictions, but people are enjoying playing the online scavenger hunt and it’s helping them learn more about our local businesses. Our goal is always to support our businesses, and this virtual expo is helping us promote them through the scavenger hunt. The Batesville Area Chamber of Commerce hosted a similar virtual expo earlier in the year, and they gave us some great tips on how to make this type of event successful.”

Those interested in participating, including reviewing local businesses can view the event at www.heber-springs.com/2020-virtual-business -expo. Forms for participating in the scavenger hunt are available at the website.