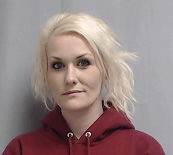 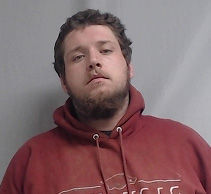 A Bald Knob couple are in custody in the Independence County jail on multiple charges after a high-speed chase.

Tommy Mossholder and Alison (Ussery) Mossholder are being held on charges including aggravated assault, felony fleeing, possession of meth or cocaine less than 2 grams, as well as numerous misdemeanor traffic charges.

Independence County deputy Nick Ade said in his report that at approximately 10:42 p.m. Wednesday, he came across a vehicle he suspected to have fictitious tags. When Ade initiated a traffic stop on the vehicle driven by Tommy Mossholder, 23, of Bald Knob, a right turn was made and Mossholder “pulled to the right of the road,” according to Ade’s account in the incident report.

According to Ade’s account, Mossholder continued moving at a slow rate of speed and then made a U-turn traveling back north, failing to “yield to my emergency blue lights and siren. I radioed to dispatch that the vehicle was not stopping and I was in pursuit.”

Ade said shortly after initiating the traffic stop, Mossholder put on hazard lights and “tried to wave me around the vehicle.”

According to the report, Mossholder attempted to turn left with Stephens beside him.

Stephens said in his portion of the report that “the vehicle made an aggressive turn to the left and struck the right front of … the vehicle.” Stephens said the vehicle then continued to travel northbound in the southbound traffic lane until it reached Weavers Chapel Road.

Stephens added in his narrative that the vehicle then turned left onto Weavers Chapel Road, and “came up behind another vehicle, forcing them to pull over, and then passed it.”

Stephens said further that Mossholder “was driving in a manner without due regard to human life or property.”

Mossholder came to the intersection of Weavers Chapel and Cave Creek and locked up the brakes in what Stephens said appeared to be an attempt to make him hit the back of the vehicle.

Ade reported that around the 2800 block of Cave Creek Road, Mossholder left the roadway, driving through a yard and around the residence before stopping near a house.

Ade said in his report that both occupants attempted to flee on foot, with Alison (Ussery) Mossholder, 30, of Bald Knob, apprehended by Stephens and handed off to Ade, who placed her in hand restraints and placed her into his patrol car.

During an inventory of the vehicle, Stephens said he located a smoking device with residue in a cup holder between the two front seats as well as a small glass bottle with a metal lid that was laying in the middle console under the dash that contained a crystalline substance. According to the report, Stephens field tested the substance, and it was positive for methamphetamine.

A mix of clouds and sun early followed by cloudy skies this afternoon. High 56F. Winds SSW at 5 to 10 mph.