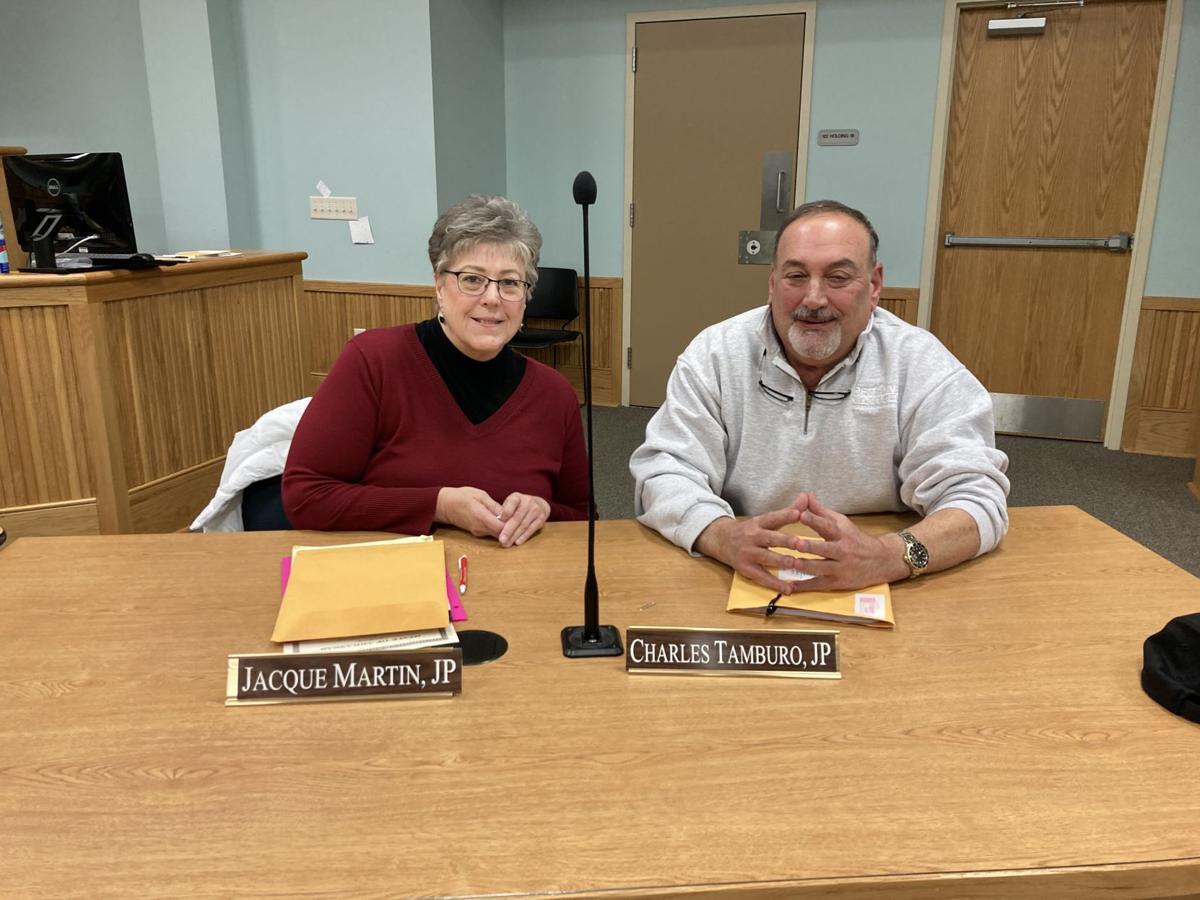 From left, Cleburne County’s newest justices of the peace, Jacque Martin and Charles Tamburo, at the first quorum court meeting of 2021. 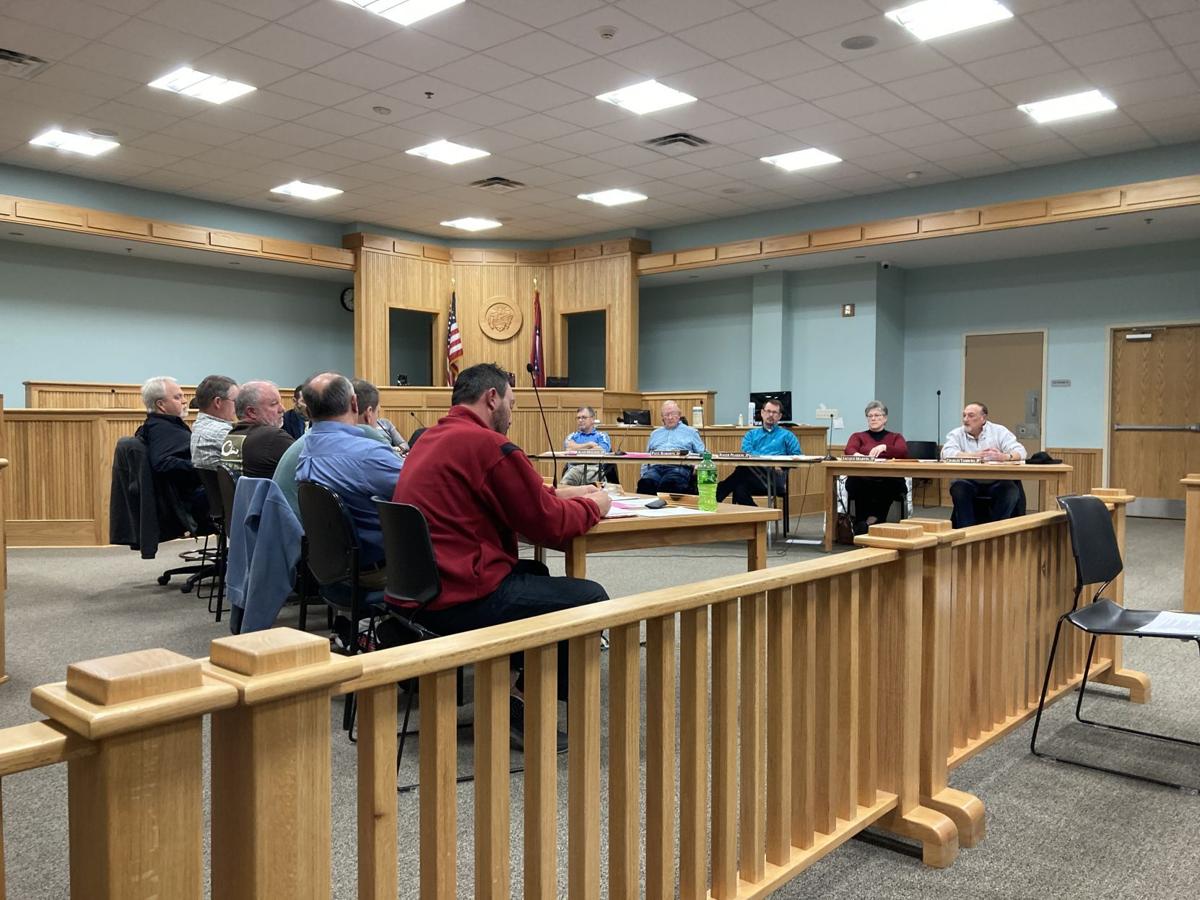 All members of the Cleburne County Quorum Court attending the first meeting of 2021.

From left, Cleburne County’s newest justices of the peace, Jacque Martin and Charles Tamburo, at the first quorum court meeting of 2021.

All members of the Cleburne County Quorum Court attending the first meeting of 2021.

Judge Jerry Holmes began last Thursday’s quorum court meeting by welcoming Cleburne County’s newest justices of the peace, Jacque Martin and Charles Tamburo, to the proceedings, then the leaders got down to business.

An appropriations ordinance transferred $820,918.66 from the Coronavirus Relief Fund into the Cleburne County Capital Projects Fund.

“This list of what this money covers changed weekly,” Holmes said.

Martin voiced her concern the funds may be needed for humanitarian aid later this year.

“We’re going into a new administration that intends to lock this nation down for 100 days, what’s going to do to us?” Martin said.

“We don’t know what the future is, we don’t have crystal balls. We need to keep it for when, if, our economy takes a nosedive from the policies that Mr. Biden or Ms. Harris implements. If we need to feed people,,” Martin said.

The first resolution of the new year the county passed allows Holmes to let the Arkansas Historic Preservation Program know the county is willing to match the organization’s 2022 $250,000 County Courthouse Restoration Grant. The grant and matched funds would be used to replace the HVAC system in the Cleburne County Courthouse at 301 West Main Street.

Currently the building is all-or-nothing when it comes to heating or cooling. Either the air is on or the heat is on. Any new HVAC system installed will likely be “zoned,” which allows the comfort level of each office to be adjusted according to the occupants. Once the project is actually bid, the county judge or county treasurer will be authorized to administer the funds for the HVAC project. Additionally, steps will need to be taken to preserve the historical structural integrity of the building along with other steps, such as asbestos abatement.

Then it was time for an “Ordinance Authorizing the County Judge to Execute a An Interlocal Agreement Between the County of Cleburne and the City of Heber Springs Regarding Dispatching Services and City Prisoners Held in the County Jail.”

During the discussion portion, quorum court member Sam Henegar made a statement of what he had seen when he attended the city’s council meeting in December.

“When they got to the portion of their agenda for this issue, the mayor opened discussion with a statement that ‘We always pay our bills, we’ve never not paid our bills,” and it took him about five minutes to say it, but that was the gist of his statement, all the time he’s sitting on a bill that’s two months overdue. That’s a lack of honesty, that’s gross dishonest, in my opinion. When the discussion come about, not one city council member said one word to accept any responsibility for the mess that they’re made, that they’re in. Those that did speak, made every attempt to cast that responsibility on this court,” Henegar said.

Several quorum court members nodded and expressed agreement. Holmes said he understood where everyone was coming from: it was discussed that the county isn’t trying to monetize the misdemeanor offenders from the city and both the city and the county came together to pen the agreement.

“I just found it interesting they want to go $12 million into more debt, but can’t pay the county what they owe,” Martin said.

Everyone lamented that the verbal agreement that had existed is no longer good enough for some people and that further negotiations will probably be needed on the issue.

“We can’t work on a handshake anymore,” Tamburo said.

In other quorum court news, the jail committee is still waiting to hear back regarding renovation of the jail.

“Every state and federal agency which you call and try to deal with, there’s nobody in the office, everybody’s working from home, and, I guess with no oversight, they’re apparently pretty lax,” Holmes said.

The first ordinance of the year established the protocols and procedures for the quorum court.

The meetings will be held at 6 p.m. on the second Thursday of each month, except for the November meeting which will be held on the third Thursday.

Partly cloudy this morning, then becoming cloudy during the afternoon. High 56F. Winds SSW at 5 to 10 mph.