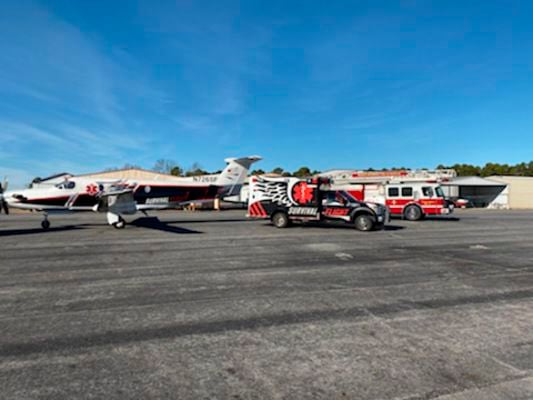 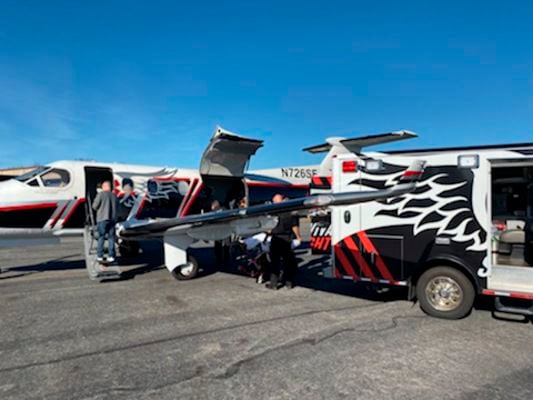 Moriah at her arrival at the Heber Springs airport, being transferred to an ambulance. The airplane had just flown in from Chicago.(submitted)

Moriah at her arrival at the Heber Springs airport, being transferred to an ambulance. The airplane had just flown in from Chicago.(submitted)

HEBER SPRINGS — After overcoming a series of logistics and medical hurdles, a Heber Springs family was able to be together over Christmas.

The Moore family was able to be united after their daughter, Moriah, 20, was brought in from Chicago in a series of ambulance rides, one an air ambulance. Chicago was where Moriah Moore had been receiving treatment for a rare and aggressive form of cancer.

Rachel Moore said Moriah’s disease was a very rare form of liver cancer which is resistant to chemotherapy. Because of this Moriah had to travel to Chicago for treatment, as area healthcare providers were not comfortable with this particular strain of the disease.

Moriah was first diagnosed when she was 12 years old and has had over 30 surgeries and “countless” treatments since the original diagnosis, Rachel Moore said.

(The interview took place Saturday, Dec. 28, from a hospital waiting room in Little Rock where Moriah had been taken for additional, interim, treatment.)

“We managed to bring her back home for Christmas,” Regional Clinical Manager for Survival Flight Shane Keasler said.

Keaseler explained that the logistics included the requirement of transfer from the hospital to the airport in the Chicago region, loading Moriah into the air ambulance plane, then transporting her from the local airport.

The trip would have taken 12 hours if only ground-based ambulance was used, Keasler said.

Keaseler said Moriah was in “very good spirits,” but could not comment further due to medical privacy requirements.

The ambulance from the Heber Springs airport was escorted by police and fire.

Rachel Moore said she was very grateful for the way the community reached out to bring everything together so her daughter could be home for the holidays. She spoke well of Survival Flight in its providing for the family, including its coming to the aid of a family member who had been in a three car accident in the county not long after Survival Flight became the area ambulance service provider. Survival Flight even transported the family dog which was involved in the accident, she said.

“They have gone above and beyond for us,” Rachel Moore said.

Survival Flight was not the only agency Moore wanted to thank.

“I want to tell the entire community ‘Thank you,’” she said.

Moore said other than the ambulance company and the escort by police and fire, area churches and friends have come to the aid of the family, as have area radio stations – for which they were very grateful.

Donations to help the family with expenses can be made at the cafe, or at First Security Bank. A “Moriah the Brave” fund also exists on GoFundMe.com.

Sorry, there are no recent results for popular images.