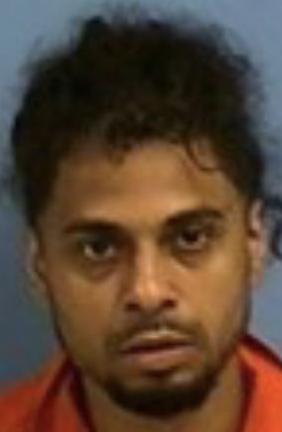 A 31-year-old Rose Bud man who reportedly struck a pedestrian while fleeing from law enforcement in late September on a motorcycle is facing multiple charges.

Tabor’s bond has been set at $8,000 and he was not in custody Monday afternoon. No court date had been set.

According to the affidavit written by investigator Paul Hofstad, White County Deputy Jeff Williams attempted to pull over Tabor after clocking him on radar traveling 94 mph in a 55-mph zone in the area of Arkansas Highway 5 and Round Mountain Road. However, Tabor reportedly refused to pull over, fleeing at speeds of more than 100 mph.

Continuing on Highway 107, Tabor reportedly turned into a neighborhood, which is where he hit the pedestrian “and showed that he had no consideration for human life,” Hofstad wrote. Williams reportedly stopped Tabor “by using his patrol vehicle before the motorcyclist reached the nearby school zone he was traveling toward.”

Tabor reportedly then fled on foot before was stopped when Williams used his Taser. According to the affidavit, Tabor told the officer that he had a meth pipe and methamphetamine on him, while Williams found “two bags of suspected methamphetamine, a needle and a glass smoking device.”

A warrant also was issued for Jobani Rodriguez, 35, of Little Rock, on charges of fleeing in vehicle causing danger, a class D felony, and theft by receiving value greater than $1,000 but not more than $5,000, a class D felony. He was being held in the White County Detention Center as of Monday afternoon and his bond has been set at $5,000. No court date had been set.

Rodriguez reportedly fled from Central Arkansas Drug Task Force investigator Josh Middleton in a stolen white Toyota minivan Oct. 21 around noon on U.S. Highway 67/167. He reportedly turned onto Beebe-Capps Expressway and then back onto Highway 67/167 South when Middleton tried to make a traffic stop.

While fleeing from Middleton, Rodriguez reportedly “passed others using the right shoulder and showed no regard for others on the highway.” Around the 31-mile marker, the Beebe Police Department used spike strips to try to stop Rodriguez and he drove off the road “around the 30-mile marker” and attempted to flee on foot, according to the affidavit. He was arrested after “a brief foot chase.”

According to the affidavit, Searcy police officers responded to a domestic disturbance on Melody Lane on Oct. 10. There, it was reportedly learned during the investigation that Thompson had “struck the caller ... who had physical marks” and had taken away a phone to keep her from calling for help.

Methamphetamine reportedly was found on the ground near Thompson after officers tried to place him in handcuffs and had to use a Taser on him when he “began to resist and fight with officers.”

Status: Not in custody Monday afternoon; no court date set