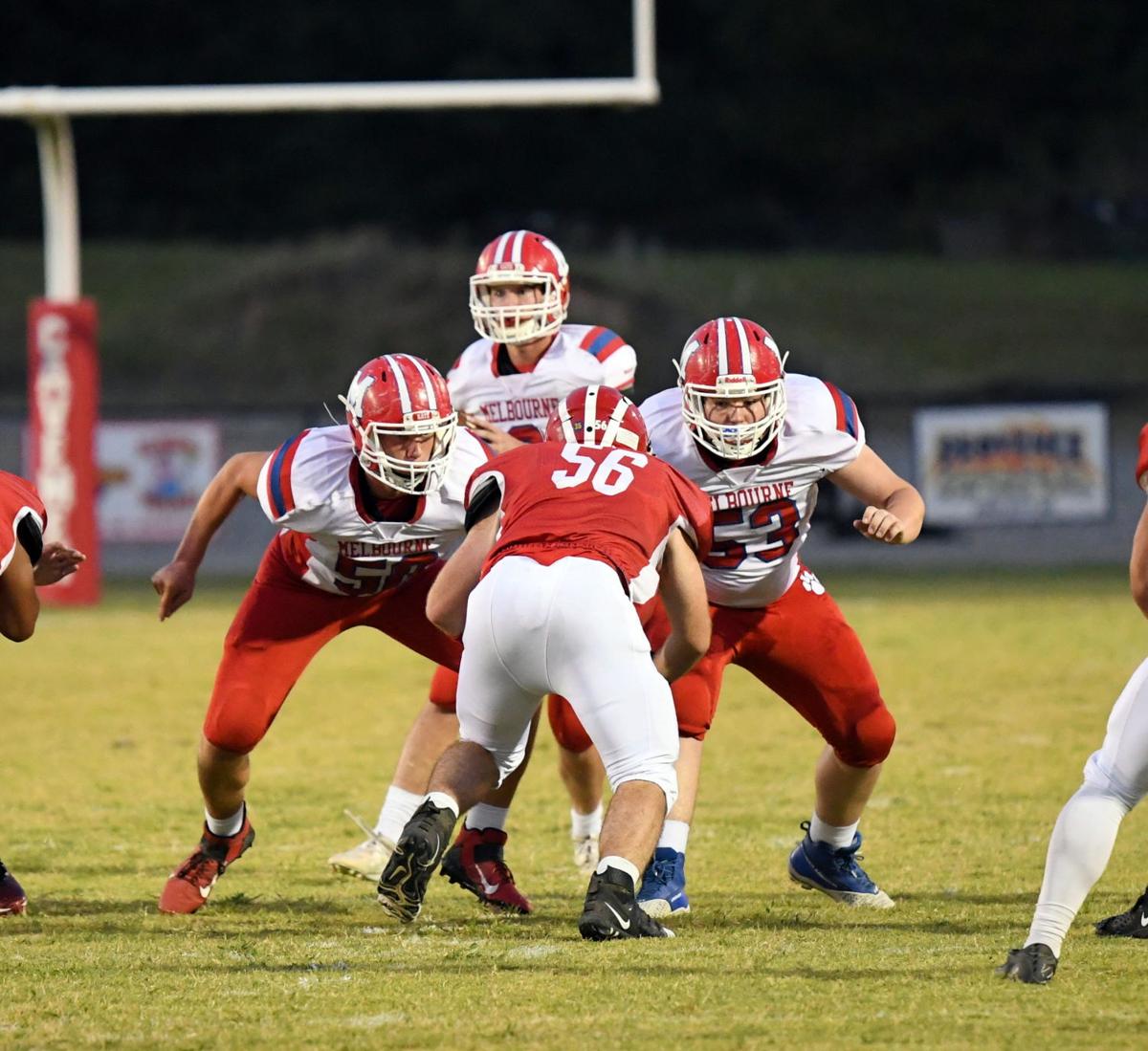 Payton Webb (50) and Caleb Conrad (53) Blocking for the quarterback. 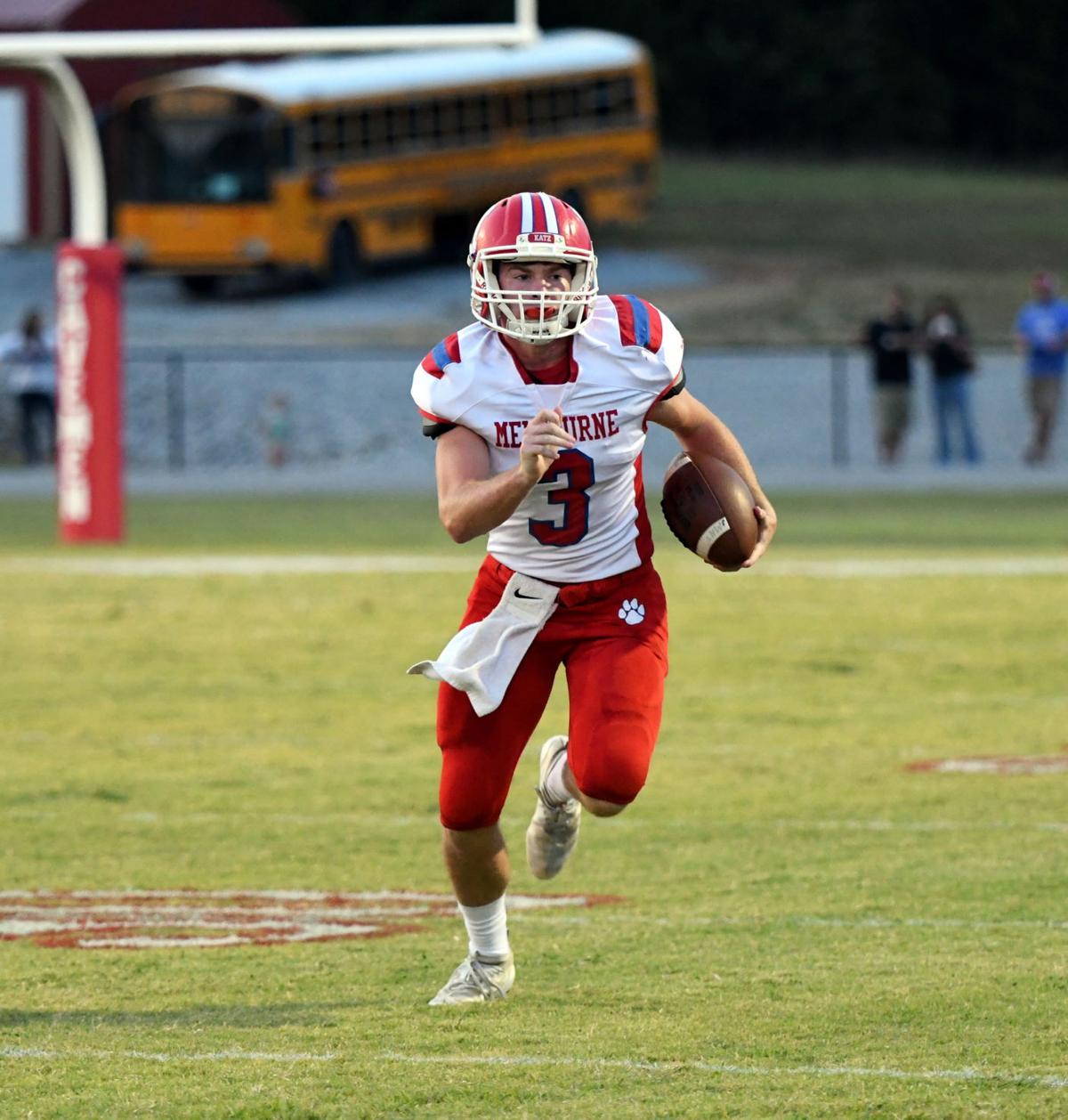 Trey Wren got a 52-yard touchdown.

Payton Webb (50) and Caleb Conrad (53) Blocking for the quarterback.

Trey Wren got a 52-yard touchdown.

So far this season, the Melbourne Bearkatz football team has made it look easy. Coming into Week 3, the Bearkatz had outscored their opponents 84-18 with back-to-back performances against Clinton and Quitman to start the season. However, they got their first road test on Friday night.

The Bearkatz offense struck quickly on the first play of the game on a quarterback keeper for a 52-yard touchdown by Trey Wren. The point after attempt was missed wide. Melbourne held Cave City scoreless in the first quarter for a 0-6 lead to begin the second quarter.

The second quarter was a back-and-forth scoring affair. Melbourne’s Holden Hutchins punched in a short yardage touchdown setup by a large rushing gain by Wren. Freshman kicker Ventura added the point after and a 29-yard field goal. Cave City added three touchdowns and a point after to take a 19-16 lead over the Bearkatz into the locker room at halftime.

The Bearkatz hit the third quarter with some extra intensity and held the Cavemen scoreless while adding 13 more points on a Carter Bray 39-yard reception from Wren, the point after by Ventura, and Ethan Seay hauled in a pass from Wren and scampered for the touchdown. The Bearkatz pushed out a 10 point lead at the end of the quarter.

Cave City just didn’t seem to go away and showed they had more left in the tank. They rallied and scored 14 points in the final quarter while holding the Bearkatz offense to zero and a final score of the Cavemen 33 and the Bearkatz 29.

Melbourne (2-1) will travel to England on Friday night.

Thunderstorms likely in the morning. Then a chance of scattered thunderstorms in the afternoon. High around 75F. Winds NNW at 10 to 15 mph. Chance of rain 90%.

Some clouds early will give way to generally clear conditions overnight. Low near 55F. Winds NNW at 5 to 10 mph.