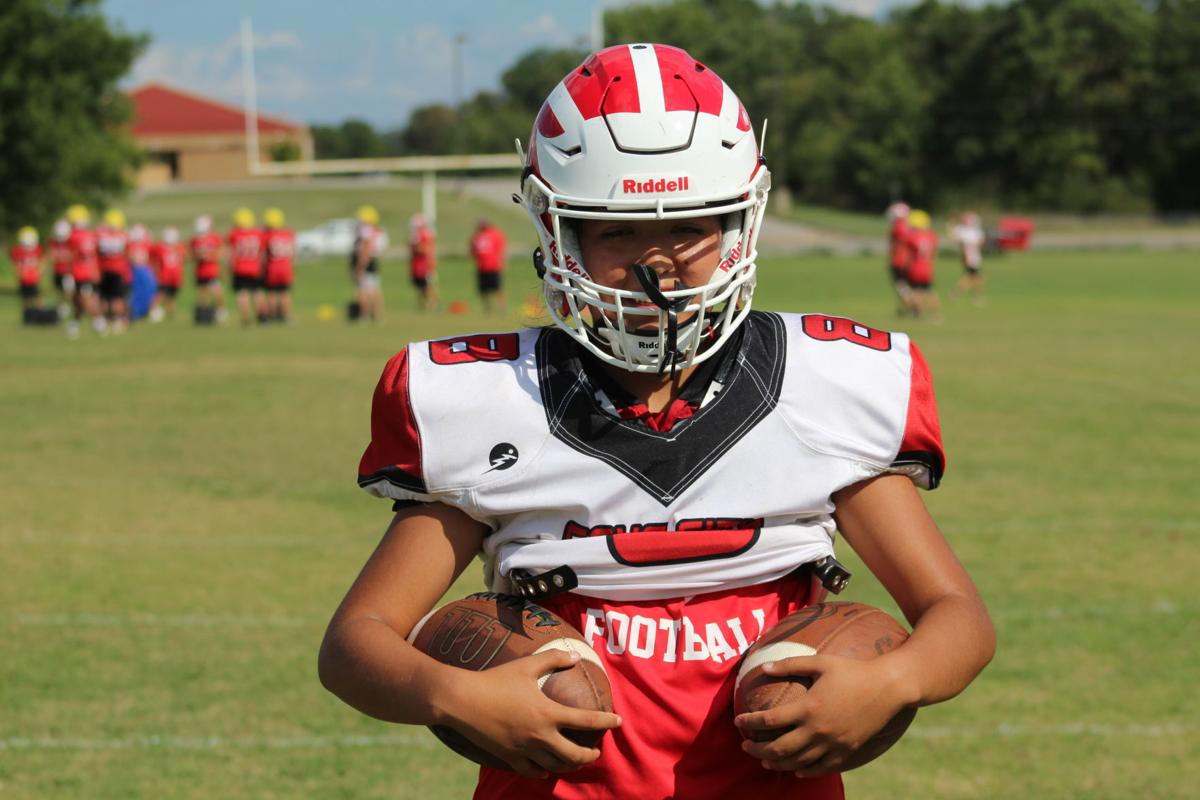 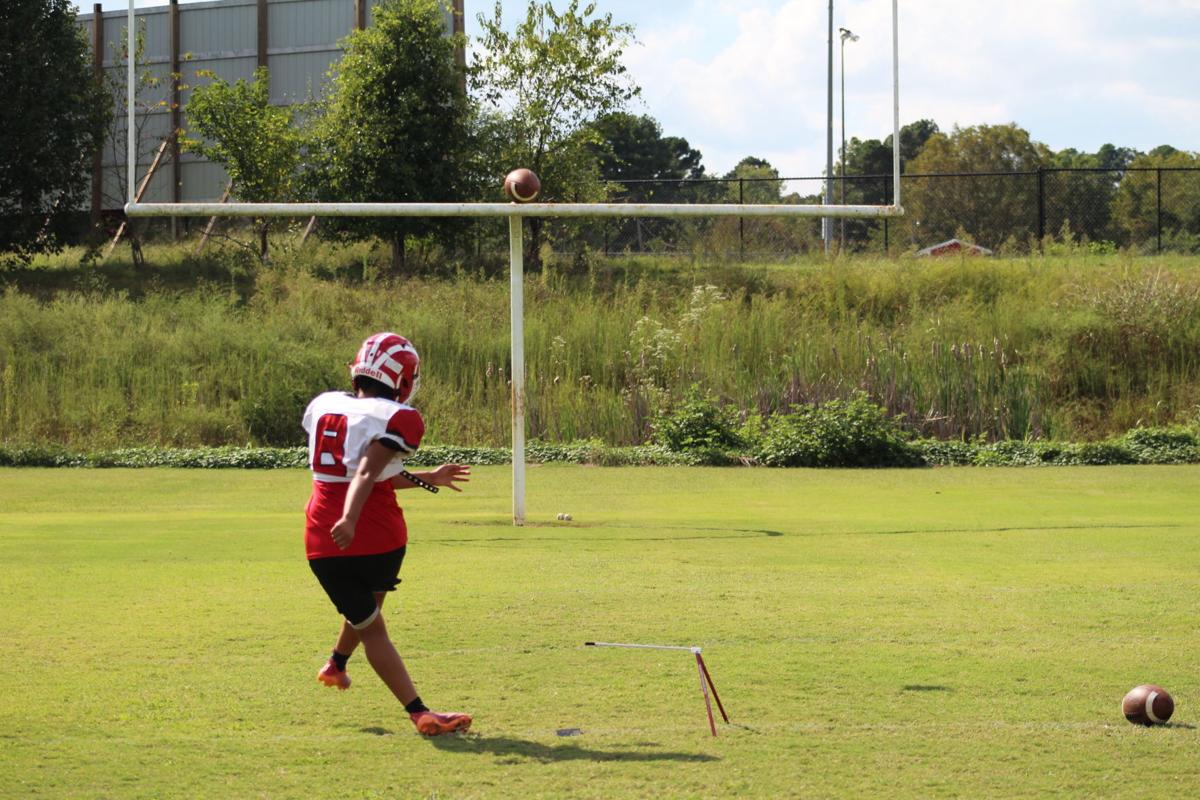 Four years ago, Beller was asked by Cave City head football coach Danny Brustrom to kick extra points for the Cavemen junior high team. She found out that kicking a football wasn’t much different than a soccer ball and was able to easily do the job.

“Football? I never thought about it,” Beller said. “I have always been a soccer player. Coach “B” gave me a chance to do it and I have worked hard at it to get better.”

Beller attended a kicking camp hosted by the Memphis Tigers. She worked one on one with instructors to improve her stance, approach to the ball, where to kick and how to get distance on her kicks.

“I went for it this summer, which was the first time I had ever learned from someone who kicked before,” Beller said. “I also learned on my own and watched several YouTube videos.”

While kicking for the junior Cavemen, Beller made 24 of 26 point after touchdowns.

“Millie is special and can do some really good stuff on the football field,” Brustrom said. “She was a soccer kick and can put the ball in the endzone. She is good from 35 yards and in on field goals and she made one from 45 yards in practice.”

Beller was the only freshman that Brustrom has moved up to the varsity team since he has been coaching at Cave City.

“We set up with nine zones and have her kick it where we want her to,” Brustrom said.”We say Zone 6, she kicks it to Zone 6. She can onside kick it, she can spin it, she can pooch it for us. And she’s not scared to tackle, but my rule for her is tackle only to save a touchdown. If someone is running at her to block her, she is to hit the ground.”

Beller is a multisport athlete, too. She plays soccer in the spring and basketball in the winter for Cave City.

“As far as football goes, when I am kicking I think about how to get it through and do my best to help us out,” she said. “I am a soccer player and was on the team last year when we made the quarterfinals. I am a ball-handler on the basketball team, but I can shoot it, too.”

In football so far this season, Cave City is winning football games, because of her kicking abilities.

“She started slower this year and missed a couple, but I think it was that we weren’t spending enough time with her, so we fixed that,” Brustrom said.

And Beller has an optimistic outlook on the rest of the season.

Beller can play football, but as for being around a group of boys, it’s not any different for her.

“It is a fun atmosphere,” Beller said. “They treat me like they were all my brothers.”

And she inspires the younger girls who come to see her play football.

“I have heard people say that little girls are excited to see me out here,” Beller said. “I have a bunch of little girls who say they want to do it, but their moms wont let them right now. Playing football is the best. Not a lot of girls play it, but I think everybody should if they could.”