Panoramic view of the Batesville Motor Speedway, where the World IMCA Stock Car Championship will take place next week. 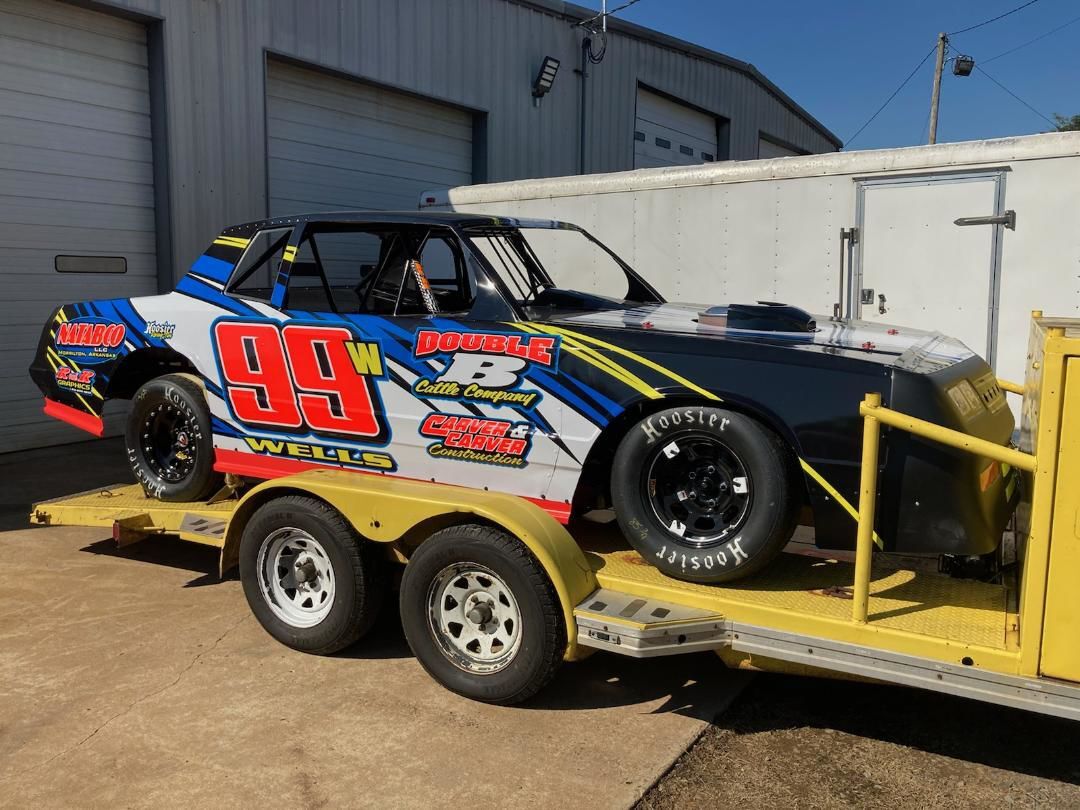 Panoramic view of the Batesville Motor Speedway, where the World IMCA Stock Car Championship will take place next week.

The rolling hills surrounding Batesville Motor Speedway will soon echo with the roar of 30 IMCA stock cars racing for a grand prize of $50,000.

Beginning Wednesday night with the first qualifying heat races, a field featuring drivers from all over the nation will compete for the World IMCA Stock Car Championship. Among those entered is Zane DeVilbiss, who only three weeks ago, took home the grand prize at the IMCA Modified Race for Hope 71, and he would like nothing more than to stand in victory lane again.

“It’s crazy,” DeVilbiss said. “I’m a momentum driver and that track is pretty good for momentum. That is one of my favorite things about racing the longer tracks, is more speed and the consistent momentum shift. But to win this, it is all in God’s hands for sure. We are definitely going to need some luck and hopefully get a decent starting spot.”

DeVilbiss wrapped up the final touches on his full stock frame of a 90s Monte Carlo on Friday and is ready to come back to Arkansas one more time.

“Batesville is an awesome facility and they put on a great show,” he said. “In the main event, me and Terry Phillips were side by side for most of 71 laps. I don’t think it can get much more exciting.”

Racing his DeVilbiss Chassis, Penske Shocks, Mankato Motorsports sponsored car that weighs around 3,100 pounds, diving head long into a Batesville turn at full speed, isn’t for the weak at heart.

“These full stocks have two-barrel carburetors in full bodies and you can’t hardly bend them,” DeVilbiss said. “They are going to be driven straight and you have to kind of adjust to that.You gotta keep your tires underneath you on these deals.”

DeVilbiss could be the favorite considering he won the last time he raced at Batesville, but Morrilton’s Edwin Wells, who will have four entries in next week’s race.

“We got four cars and we have four chances to win, that is the way I look at it,” said Wells, who races at Batesville Motor Speedway and I-30 Speedway in Little Rock. Wells took second in the points at both places, but there is a couple of reasons he keeps coming back to BMS to race.

“I like Mooney and Connie (Starr) as much as anything really about it,” Wells said. “I like the size of the speedway. It is a pretty nice facility and the racing is different there.”

Wells had planned originally to enter two cars with Cadillac chassis, but he got a motor from Iowa for a Ford he was building and decided to put three entries into the race.

“I had heard that B&B had a car that had been to Boone at the Super Nationals and I called to see if I could get a good deal on it, but it had already sold,” said Wells, who started racing in the early 1990s.”Paul Berger, the guy, I was talking to, offered to build me a car. We worked a deal on building it and it was just picked up.”

“I have noting against Cadillacs, I just wanted to try something a little different,” Wells said. “It is going to be a chore. I have run for big money before in late models, but all my drivers have won several 10 thousand dollar shows in the street stocks, the modifieds and what-have-you. I just wanted to give it a shot and see what we could do.”

All four of Wells’ cars will look alike.

“It will be interesting to say the least,” Wells said. “I just hope we all don’t draw the same heat.”

Also living the racing dream and one of the local favorites to keep the $50,000 in Independence County is Peyton Taylor.

“We are pretty fired up about it,” Taylor said. “We have a new car and we have started a new team to field a second car to do special events with it next year. We have a Cadillac Chassis on it made by Jack Sullivan out of Greenbrier, so we will be running his colors. We don’t race weekly, so when we build these cars and get them ready tor ace, we make them bulletproof. That way if you need to get aggressive you can.”

Taylor and his team have left no stone unturned when it comes to getting his Andrews Autosport car ready to run.

“There are a lot of good cars coming from all over,” Taylor said. “When you start paying that kind of money, you get everybody and these guys are serious about it. You just don’t travel 15 or 20 hours and no be prepared to get the money, but we have some pretty good locals here and we feel we can go and compete anywhere in the country. So if they think they are going to come in and pick some cherries off of this tree, they are bad wrong.”

“Obviously, Batesville has been on our radar all year,” Olson said. “It is the premier event of this year. Stock cars are our forte’, it is what we do, but this race has been on the slate from day one.”

Olson picked Nelson and Herndon, because they are familiar with Batesville Motor Speedway.

“Personally, it is an unknown,” he said.” I have never been there. There is good competition there so it is important to put our best foot forward. I have know Dale for years and we had been working some deal for frames and salvage and got to chatting. Obviously, with this being their home track there is an advantage. So I am going to be on the outside looking in and help see what the other cars are doing. I can use my knowledge to make adjustments for those guys, but on the flip-side of it, we build the chassis for Zane DeVilbiss and he won it all last time. It would be a nice little run to go back-to-back.”

The grandstands open at 5 p.m. on Wednesday to start the four-day long show and racing beings at 7:30 p.m.