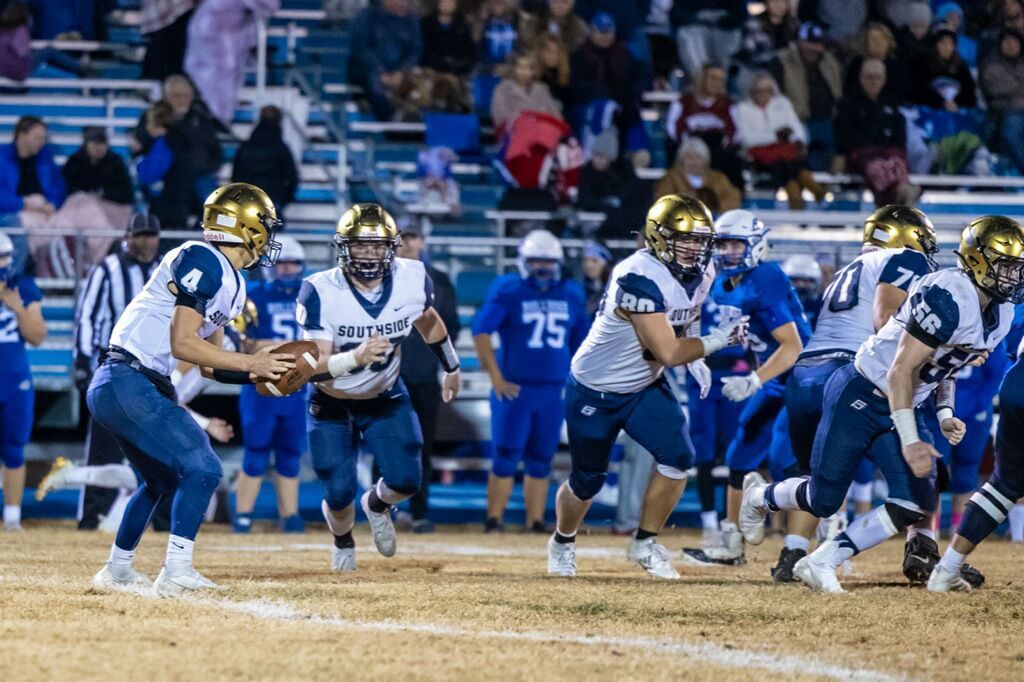 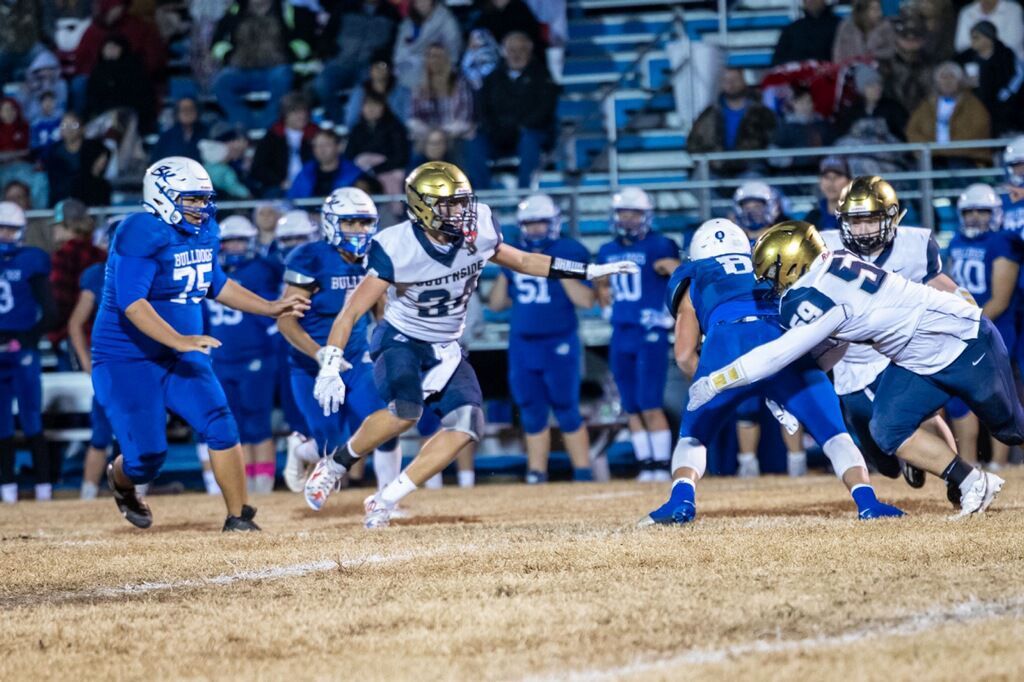 SOUTHSIDE — Quarterback Landon Haas ran for 130 yards and two touchdowns, threw for 42 yards and another touchdown to lead the the Southside Southerners past the Bald Knob Bulldogs 37-8 in the 2-4A conference final regular season contest.

The visiting Southerners took a 21-0 halftime lead and added two more scores in the third quarter and early in the fourth to invoke the sportsmanship rule in the win. Southside will host another Bulldogs team in Star City from the 8-4A conference in the first round of the 4A state playoffs.

“We were glad we could institute the sportsmanship rule against our opponents, but that is over,” Southside head football coach Brian Reardon. “I think the kids understood that Bald Knob was a trap game. We came out stale in the first half. We weren’t bad or anything and we kept the clock rolling. We were a little disappointed that we didn’t get a score on the last possession of the first half.”

Colby Harris scored the first touchdown of the game on a 12-yard touchdown run with 3:59 to go in the first quarter. Runs by Bryson Duncan, Jacob Dunne and Harris himself, set up the first score of the game and a 7-0 lead.

“Colby is a junior and he something special,” Reardon said. “He got a deep thigh bruise, so we held him out after that. We hope we get him back this week, I think we will and hope he is 100 percent. He will be that next guy. He is one of those kids who can run through tackles and has really surprised us with what he can do.”

During the game, Southside’s punter Blaine Warden had a 62-yard kick to flip the field on Bald Knob.

“I think Blaine is a Division I punter,” Reardon said. “He had a punt that went 50 yards in the air before it rolled on Friday. He is averaging 45 yards a punt and he just a junior.”

Southside scored on a 45-yard touchdown run from Haas with 7:35 to go in the second quarter and added the two-point conversion to go up 15-0 on Bald Knob. After a three and out from the Bulldogs,

Southside came out in the third quarter and had a 65-yard drive capped off by a 3-yard touchdown run from Haas. Haas passed to Jaylon Jennings for a 2-point conversion to lead 29-0. Following a bad snap on fourth down for Bald Knob, eventually resulted in a 1-yard touchdown run from Caleb West and West added the 2-point conversion for a 37-0 advantage.

With a running clock, Bald Knob added an 83-yard touchdown run and a 2-point conversion before the end of the game.

“We didn’t score on that last possession of the first half like we usually do, but we went up 29-0 after they had that bad snap, then we got the ball back to go up 37-0,” Reardon said.

“It was a good win. And this is a realistic bunch of seniors. I think we can keep placing for a while, but Star City is good enough to end our season. They are comparable to a hybrid between Lonoke and Clinton. Two years ago they came in here when we were the number one seed and beat us 42-14. We are expecting that same kind of Star City team.

“Our seniors now were sophomores then and they remember how they stomped us here, so Friday there won’t be much room for error.